You are not connected. Please login or register

I posted this at KOF and decided to post this here too. I have decided to create a few extras for FoFiX 3.121. I'm hoping to create some cool useful things. This is what I have so far.

How To Use Ratings
The ratings system is simple to use. At the end of playing a song, you will have a new option called "Rate Song". A ratings scale of 1-5 is used (5 being the best). The rating is then saved in the song.ini for future game use. I have also added a new sorting option that takes advantage of the ratings system. If you choose "sort by ratings" in the settings, your songs will be sorted in the Song Choosing Scene by their rating. Higher rated songs will appear first, followed by the lower rated ones. Songs without ratings will appear last.


How To Use Multiple Author Code
Since many songs are now being authored by more then one person, I have made the credits fair. There is now separate "frets=" for each part. Which credit appears in the game depends on the part being played. I have also added fallback logic so "frets =" will be used if the new credit lines aren't present. To use, just put one of the following in the song.ini


How To Install
You must be using FoFiX version 3.121 for my code to work. To install just put the following files into your library.zip located in the data folder of your fofix.

Comments, requests, and bug reports are all welcomed!
Glue

After I finish my Oral,

Heh, I was right to think it was you who registered awhile back. Don't remember seeing this before, but like the ideas

lol that multiple credits thing was my idea

theres an issue on the fofix googlecode... that i made, months ago

theres an issue on the fofix googlecode... that i made, months ago

I don't see why the FoFiX devs didn't make it, the code wasn't really that hard to produce.
Amak11 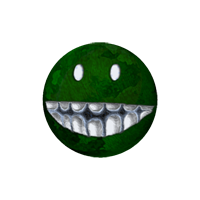 O.O whoa sweet, you need to contact jstump with this. He'd probly have a boner (or something) over this. j/k
LordHardware

Well someone is signed on to it but havnt made any progress. Why arnt you signed on to google code as a developer... You could fix the midi specifications and class limitations issue so I could finally have forced hammerons and forced NOT hammerons haha
racer

I'm not signed onto google code as a dev because I drifted away from coding right before FoFiX got it's own project page. I only just recently decided to fool around with coding again and I'm not sure how long I'll continue.
LordHardware

oh please do... there are so many little things to be done and noone doing them
racer

Well what are some of the more requested/needed little things?
LordHardware

urg... i'll check, and then get back to you haha
Sponsored content